The NY Incident Works in Prgoress

I wanted to share how I arrived at my recently completed image: "The NY Incident"

It started with a rough sketch in my sketchbook: 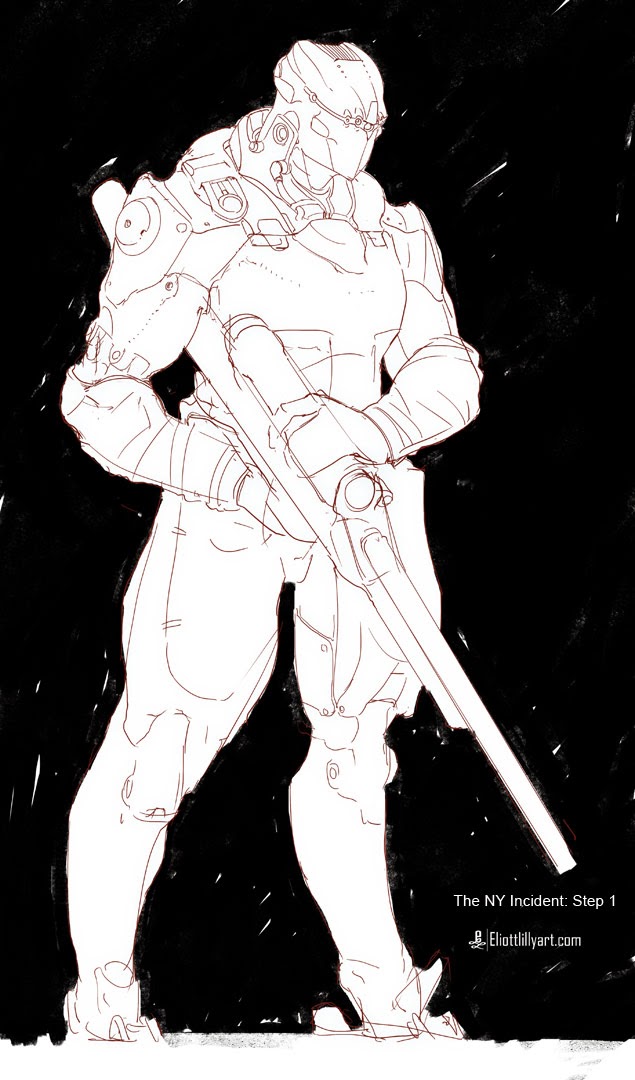 Taking it a step further, I began to fill in the big shapes with color and material breakup. Originally, this was going to be an ARMY or Marine themed robot that sported "cloth tech" (since its all the 'rage these days).   I gave it a Ranger Green color scheme with cloth arms and legs. 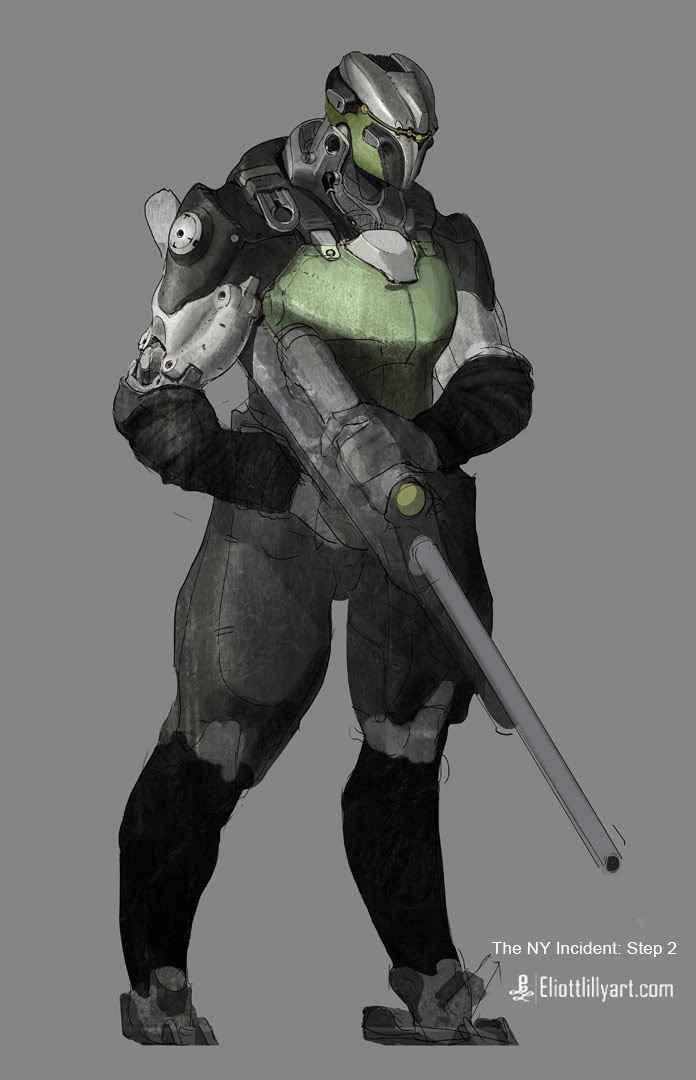 I spent hours trying to find unique shapes that were 'clean, easy to read, yet complex at the same time.  (It's harder than u may think).  Adding details helped (although doing so at this stage was probably a bit premature). I decided to use more organic shapes for the chest piece, arms and legs.  The helmet changed too. So did the gun.. Ok, basically everything changed.  (Hey, I never said I was efficient).  It was starting to look like this: 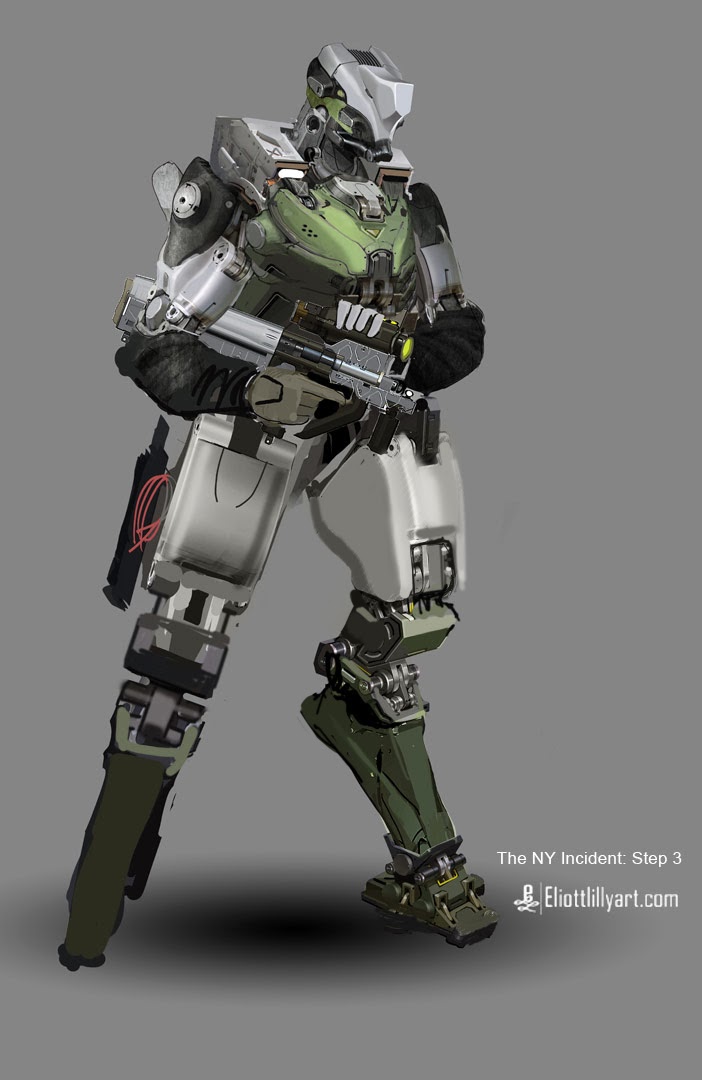 At some point, I opted not to take the easier "cloth tech" route and instead, decided to flex my artistic muscle by actually figuring out the joint designs.... AND THEN THIS HAPPENED: 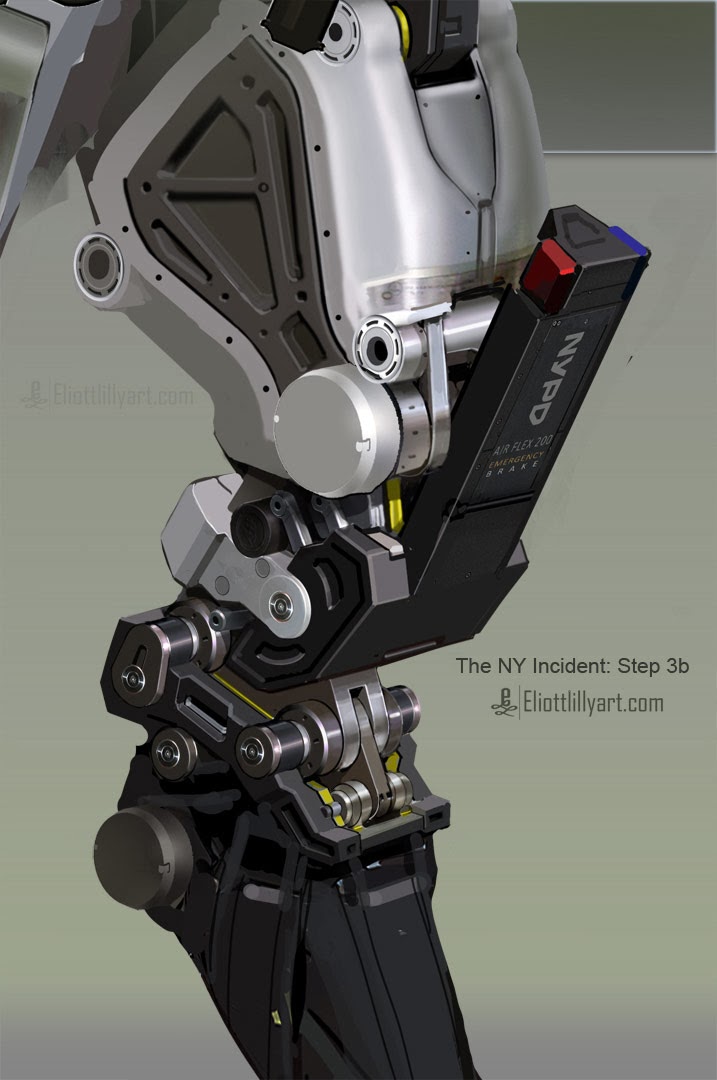 And suddenly, everything clicked. The skies parted and beams of sunlight flooded my room with a brilliance that was blinding. My image had purpose and the 'bar had been set.

So, after cursing the glare caused by my neighbors window, and then getting up from my desk to close the blinds, I quickly sat down and got back  to work.

Changing the thinking of my image, I ditched the military theme and went with "Police" instead.  That choice affected some of my shape designs and robots aesthetics.  I kept the arms and legs a simple shape, but added extreme intricacy to all of the joints. I also decided to push past just doing a stand alone robot, and opted to place it into a scene.  Why? Doing so not only makes the robot more relate-able to the audience,but helps to define it's universe and is a great way to tell a narrative. I started by adding a police officer (who happens to be a real police officer and friend of mine)  into the image: 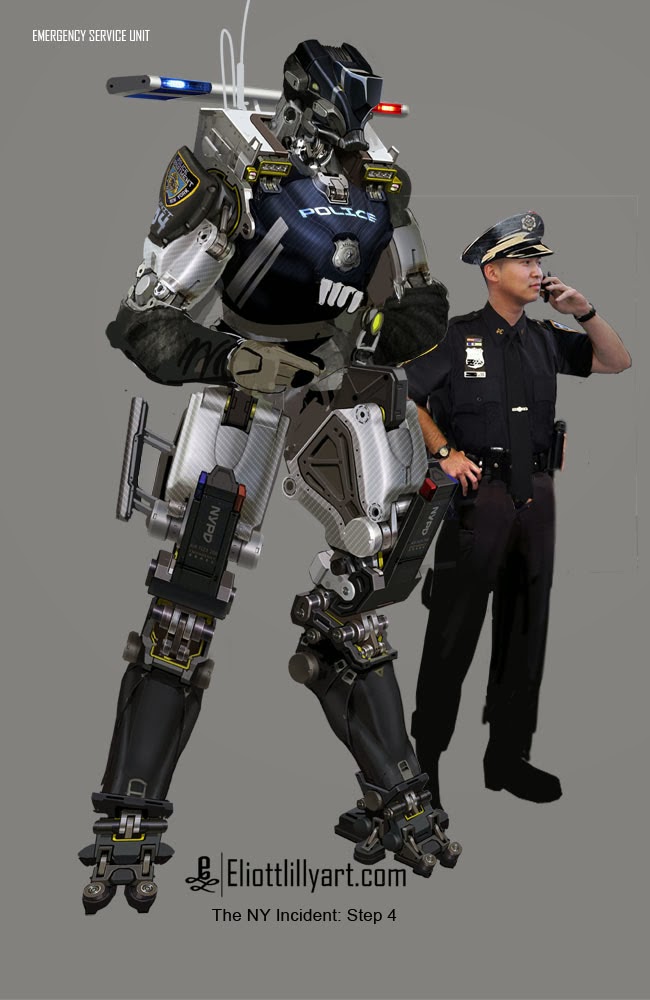 Then I threw in a background and started adding by-standards and onlookers whose attention was focused off screen. (Because each person was collages from a different image, figuring out the perspective and lighting on this thing was a nightmare).

Side note:  After showing my rough block-in to my police buddy, he pointed out that they are not allowed to talk on the phone while one duty  (learned something new there) so trying to keep this image as plausible as possible, I changed his stance. 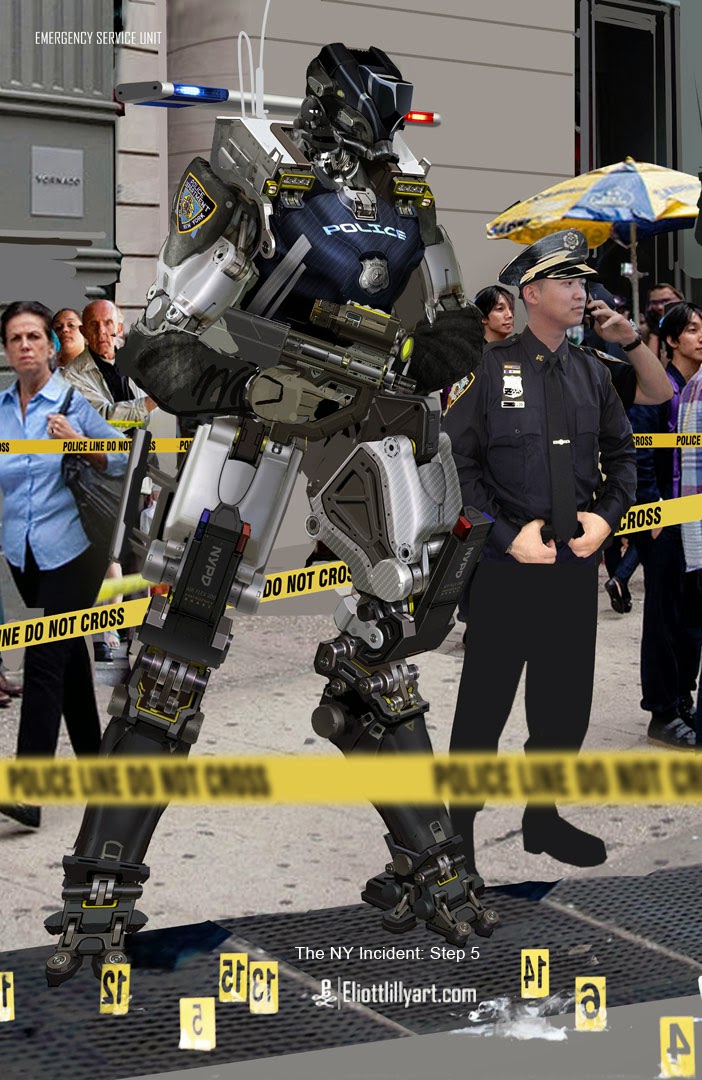 Adding more details while cleaning up the image, it started taking shape. Almost done. some final additions and the image concludes with this: 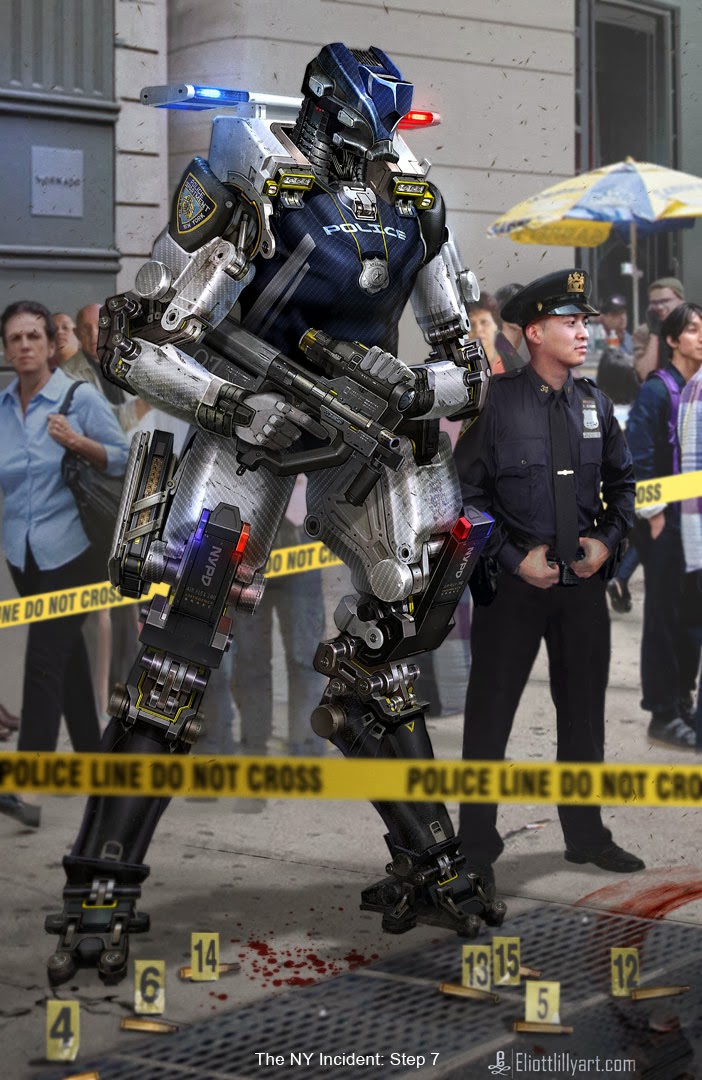 I hope you guys enjoyed that brief rundown.  Thanks for looking