Because I joined the id team towards the end of RAGE's development cycle, all of the cool stuff ( characters/ environments/ weapons, etc) had already been concepted (mostly anyway). Therefore my talents were mainly used to establish and flesh out the "Authority" (the evil government soldiers in the RAGE universe) which had yet to be defined. And while I did a ton of visualisation passes on what that would look like, I would first like to share with you a few random environment and prop concepts that broke up my time with the Authority. I think they might be of some interest.
My take on Apophis ( seen in the opening cinematic of the game 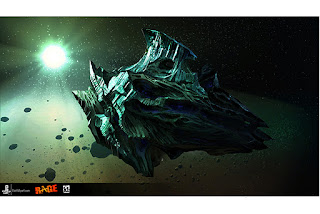 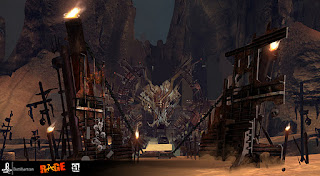 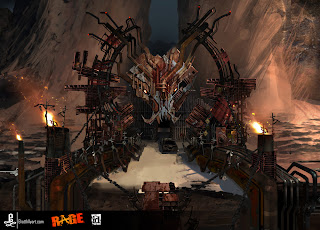 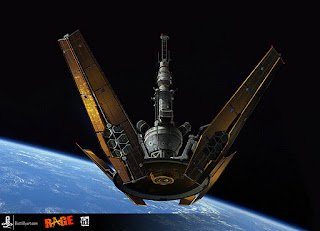 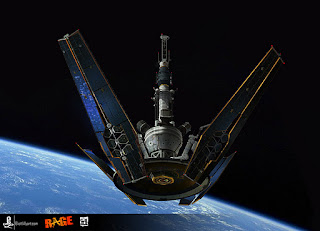 Will do an Authority concept dump next.  Stay tuned.
Posted by Eliott at 12:02 AM